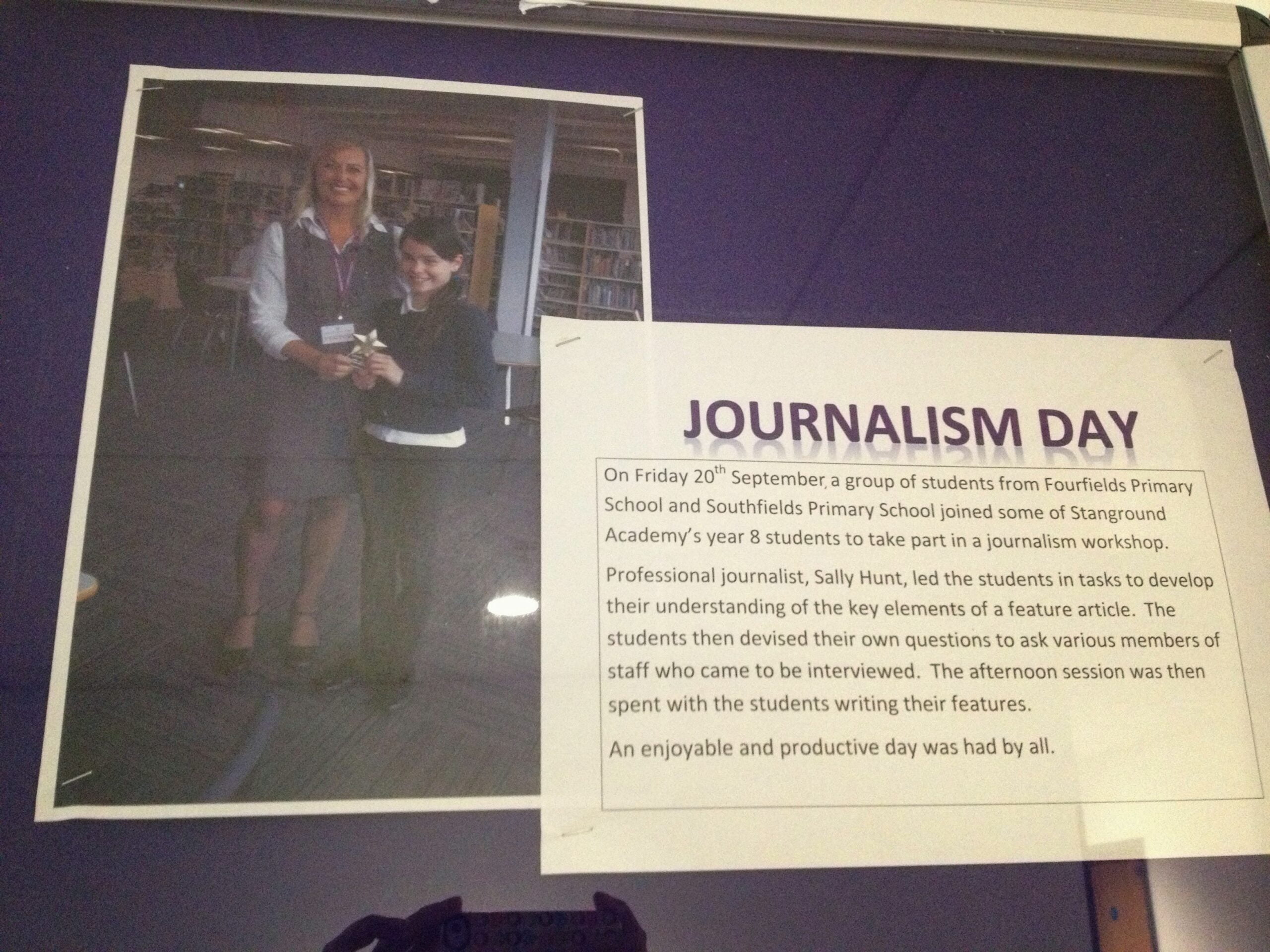 I am finding myself increasingly asked to do transition school workshops as an introduction for primary school children to secondary education.

In a nutshell, groups of Year Six students from different feeder primary schools spend the day at their potential new secondary school. They spend the morning with me learning about how to interview people and write up an article about what they have learnt.

The afternoon, or later session, is then spent meeting and interviewing key people from the secondary school. This includes a few teachers, sometimes the head of departments, such as sport or maths, an administration person such as the Business Manager or Bursar, some sixth formers and some new Year 7 students.

They learn lots about the school, especially when they are interviewing the current intake of Year 7’s. We will have prepared our questions earlier, so the younger children will be asking them about the difference between primary and secondary school, the best and the worst things!!

At the end of the interview sessions the students write an article about the person and what they have told them. The articles are put together and displayed on a board back at primary school so other Year 5’s and 6’s can read them.

The children go back to primary school very enthusiastic and excited about starting big school. It helps the secondary school to promote itself and gives them an edge over other secondary schools in the area who are all competing for the same children.

Read more on this subject in the ‘About our School’ tab under ‘Workshops’.